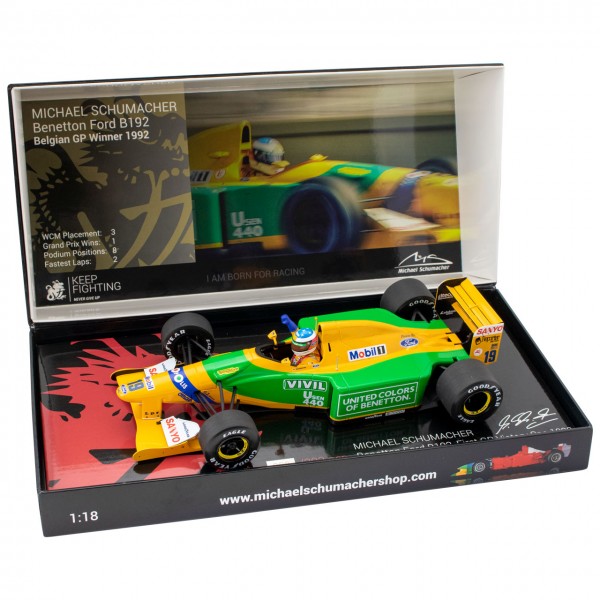 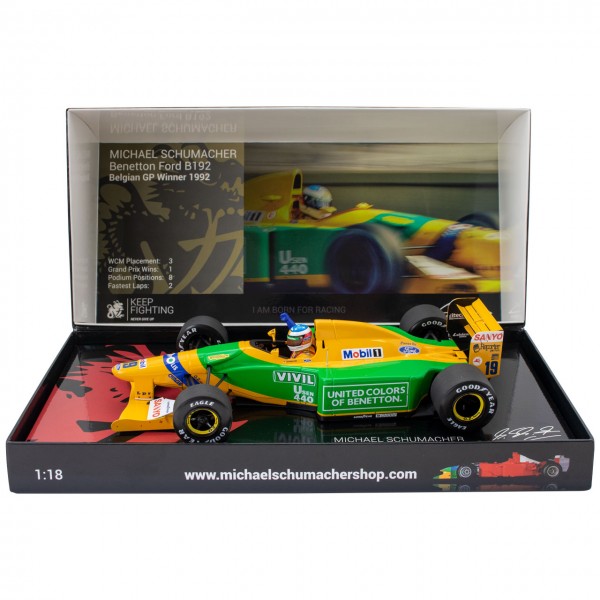 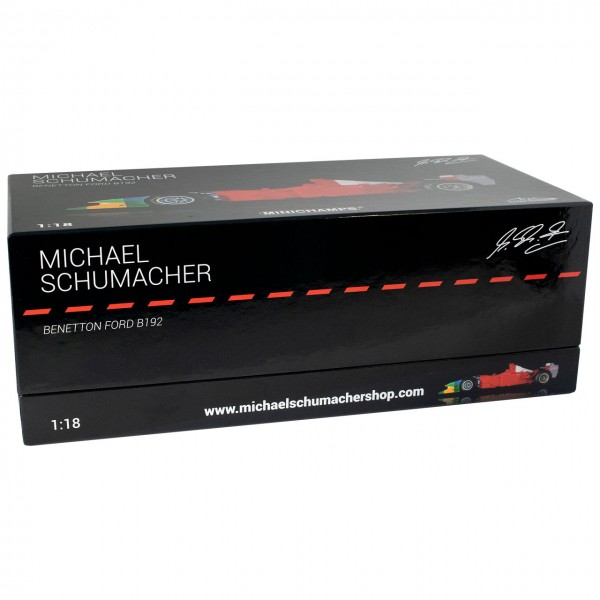 189,57 €137,85 € *
Exchange rates
0customers have
recently ordered
this product
0visitors look
at this
product

Model car of Michael Schumachers Benetton Ford B192 in 1/18th scale from the manufacturer Minichamps. With this car Schumacher could win the Belgium GP 1992.

On 30.08.1992 the GP of Belgium took place in Spa-Francorchamps. Schumacher had been able to achieve a third place on the grid before in qualifying.

One year after his Formula 1 debut at the same location, it was to become legendary again in 1992. Many laps after the start this Formula 1 race was led by Senna and Mansell. On lap 30, Brundle puts a lot of pressure behind Michael. Due to a steamed up visor he misses the corner - and Brundle can pass.

In a race to catch up with Brundle, Schumacher realises that Brundle's tyres are worn down and are already blistering. Schumacher shifts gears and has the tyres changed immediately in the pits - the best decision.

Michael Schumacher makes it to first place and can win the Grand Prix after 44 laps.

"That was a curious story because I took the victory thanks to a mistake," said Michael Schumacher. 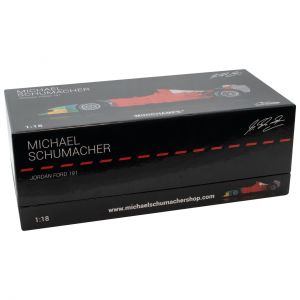 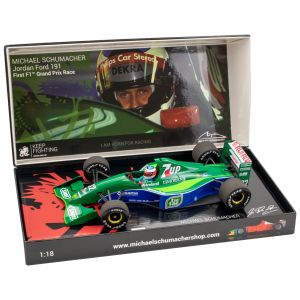 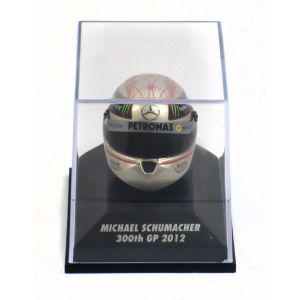 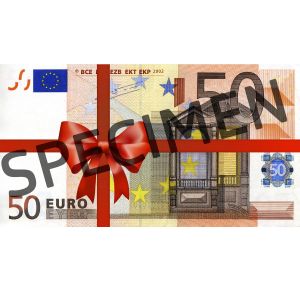 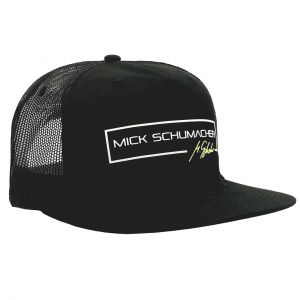 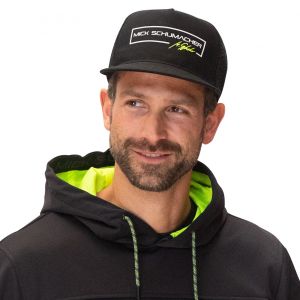 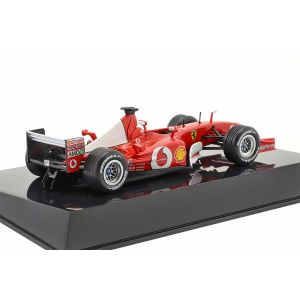 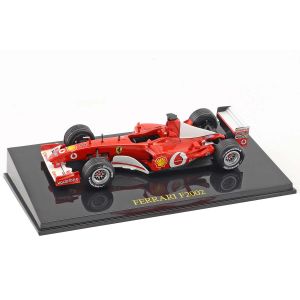 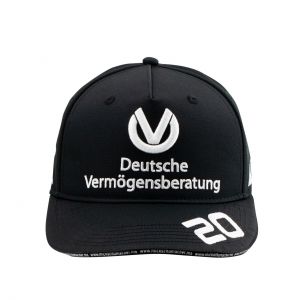 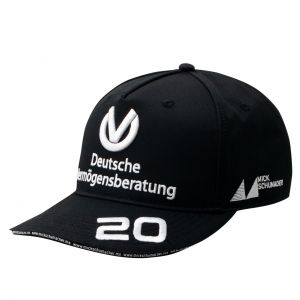 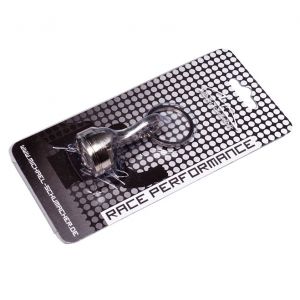 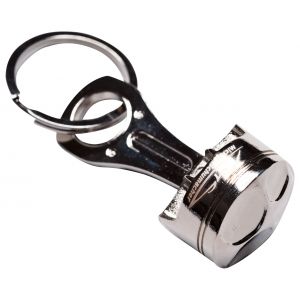 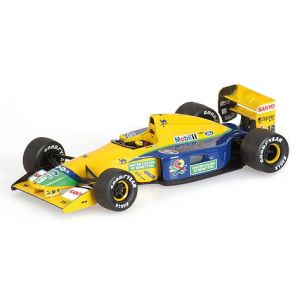